Home » Solutions » The Association of Swedish Talking Newspapers in Finland

The Association of Swedish Talking Newspapers in Finland

The Association of Swedish Talking Newspapers in Finland (Finlands svenska taltidningsförening, FSTF) was founded in 2013 as part of an initiative to standardize the production and distribution systems for 10 accessible newspapers available to Swedish-language speakers in Finland.

The need for a new production system

The production is automated, with DTBook or Microsoft Office Word 2003 XML document file formats used as a source for Pratsam Producer. After the production phase the finished DAISY product is sent to the Pratsam Server for distribution. 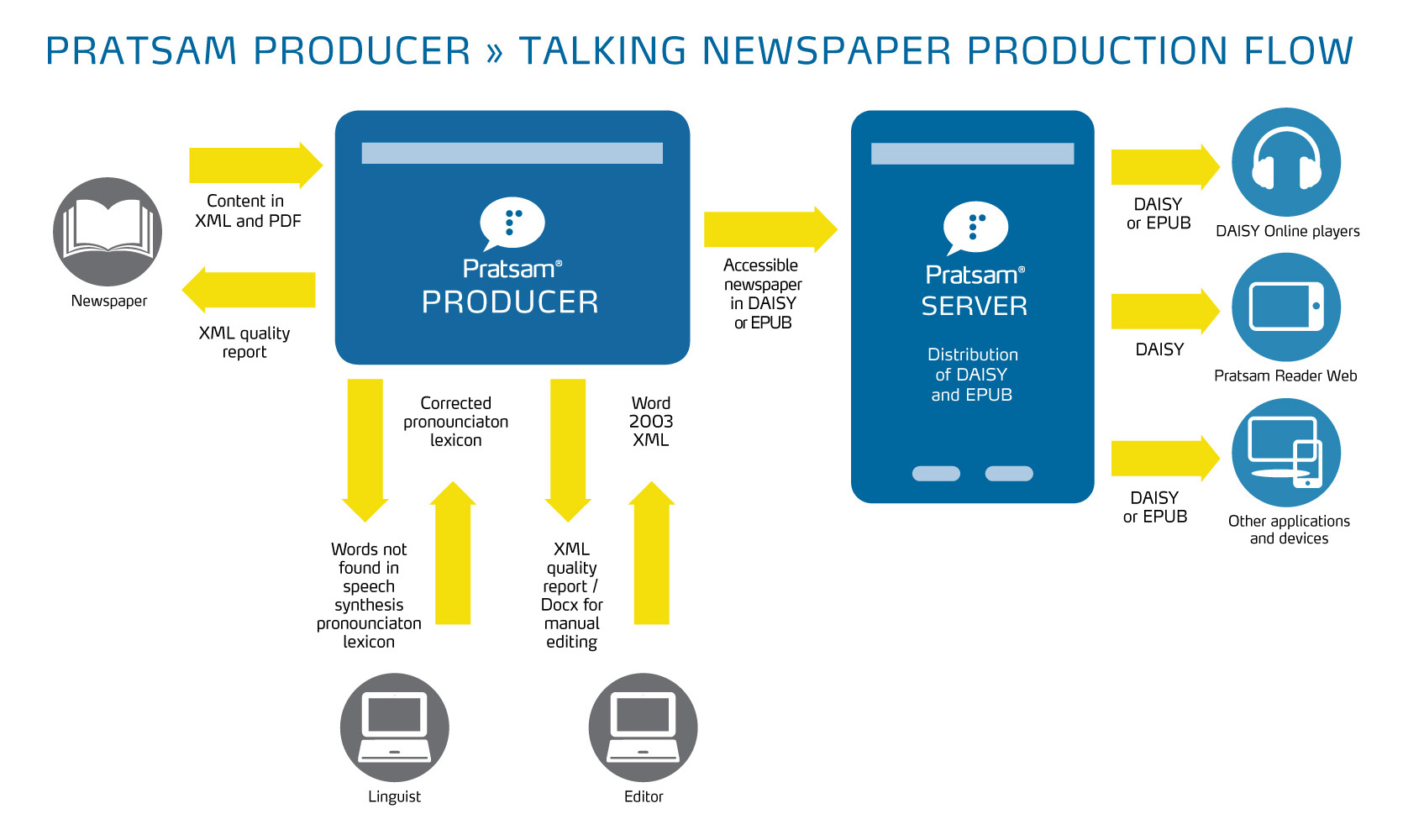 View the graphics in more detail by clicking here

The new production system (Pratsam Producer) includes functions for the import of XML and PDF files from daily newspapers and for the processing of such. The system also creates quality reports from XML material and exports, in several different file formats, for manual or automatic processing.

Another production method developed for FSTF is based on web scraping, which means that the system continually logs in and fetches the latest articles from newspaper websites and produces talking newspapers in the DAISY-format several times per day from the updated content.

Modernization of the distribution system

When supplying the new Pratsam Server distribution system, FSTF offers subscribers the ability to play accessible newspapers through common web browsers, on computers using Microsoft Windows software or on other players that support DAISY Online, such as apps for smartphones and smart speakers.

Accessible newspapers can also be downloaded in the DAISY format.

The benefits of the Pratsam system

In the special system developed for FSTF, Pratsam has automated several manual steps in the production of accessible newspapers, thereby saving the association the direct payroll costs previously associated with the manual processing of newspaper text.

The system has also resulted in increased reliability and quality in relation to the finished product, in that automation minimizes the risk for manual errors.

Newspapers for the print disabled in Finland

The Association of Swedish Talking Newspapers in Finland is a non-profit organization producing and distributing talking newspapers to swedishspeaking print disabled in Finland (together with several interest organisations for the visually impaired).